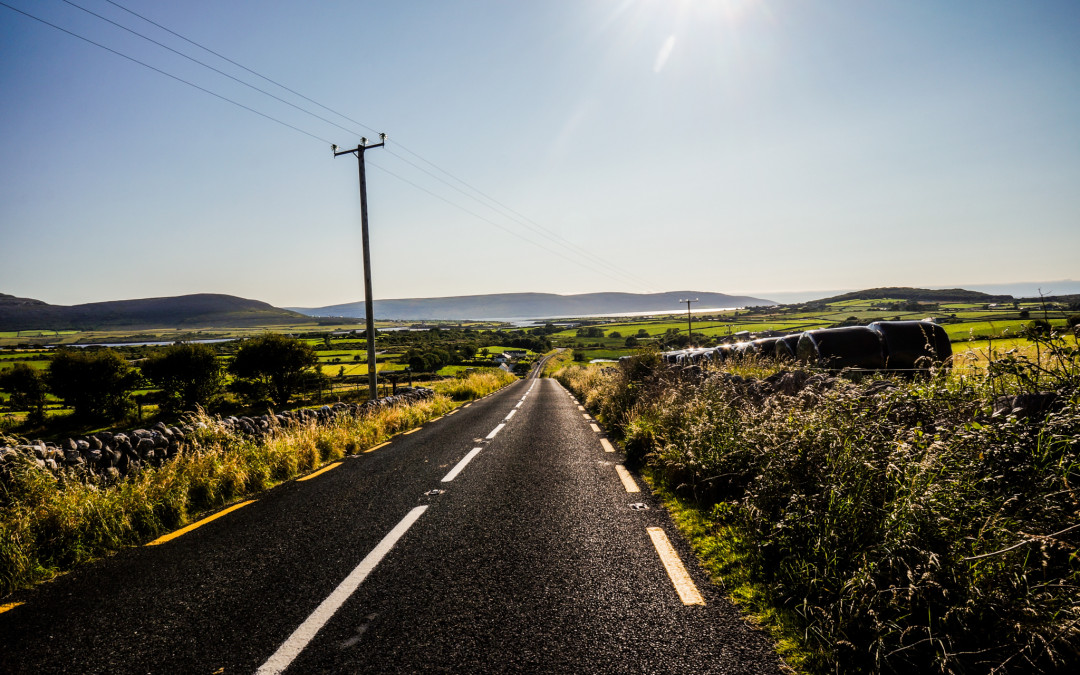 I have been wanting to write this blog for about 3 weeks now and this is my first chance to sit down and do it. As you all know I was in Ireland last month and it was one big adventure. I will recap some more of the highlights in a future blog!

This story begins one morning when our host Jim found out that his mother was ill and that he wanted to go see her. He wanted to take one of the three teams that was staying with him and do some ministry in his home town of Cork. He chose my team and in a couple of hours we were off on an unexpected adventure.

We ended up not knowing where we were for the whole trip and when we got a chance to look at a map, we found out that we had zigzagged around for hours and did not actually get anywhere near Cork and were actually farther away from it then where we started.

But we were off anyway, not knowing where we were going and not sure what we were doing. We drove around and met up with some Travellers in the parking lot of a grocery store; one of Jim’s ministries is to minister to Travellers (Who are the oldest clan of people in Ireland and are descendants of people from India). We hung out with some travellers and Jim did some ministry with them for a couple of hours and then it was back into the caravan and we were off to our next undisclosed location.

We began driving for a while and ended up at a house in the middle of the Irish countryside. We go in and find out that Jim’s dog Stefi was in heat and that he had planned to get her breed. This is where it gets interesting. Jim takes the dog inside and like curious green Americans we all follow close behind expecting this to be a quick stop not knowing that this would be a multi hour stop.

This is where Stefi(Jim’s dog) and George(Breeders dog) meet, they sniff around each other for what seems like an eternity and we get a little impatient. It was probably two hours later, and to make this very long story short, my team and I all have a better Idea of where puppies come from!

We end out the night in Sallins which is 60km north west of our starting location which is in the complete opposite direction of where we wanted to go. We met back up with the Travellers we had met earlier that day, parked on the side of the road and set up camp for the night. We stayed with the Travellers that morning, did some more tract ministry in a few towns on our way home and then ended up back at the house in Greystones around midnight.

This may sound like craziness to you but to us, it has become normal and what most would get upset and annoyed about, we embrace and grow closer as a team.

This is one of the life lessons I have learned from this trip. That is you can’t always predict where you will go or what you will do and often when you set out on a journey to one place God will change your plans and you will end up somewhere in the opposite direction. The only thing we can do is control our attitude and outlook on the situations we are currently in.

A wise man once told me that if you are having a bad day and things aren’t turning out the way you expect, choose a different day. By this he meant that if things are going crazy and you are just a bad place, choose to have a good attitude and you will be amazed at what will happen.

We could have had a sour attitude and been upset that we didn’t get to go to Cork or we didn’t know what we were doing or where we were going from one minute to the next, but we embraced the moment, got to have some new experiences and in the end we were better for it.