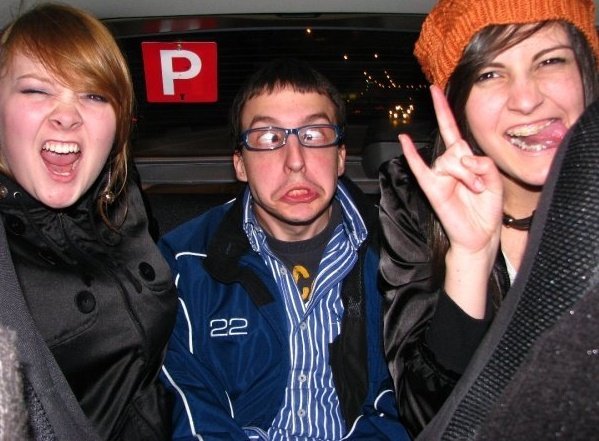 In our modern age of technology and advertising, you and I see an unfathomable number of advertisements in our life times. Most of them run together in a blur of flashy images, bold claims, and loud voices, but every once in a while, an ad comes along that challenges our thinking and sticks with us. In fact, in 1997, an advertisement was released that changed my life.

Now, you are probably thinking to yourself, what TV commercial could possibly change your life? Before reading on, please take a moment to watch this short ad from Apple’s 1997 Think Different campaign.

Now, I will admit that in 1997 I watched more than my share of TV. Some of my favorite memories as a boy include sitting with my grandmother and watching classic movies on AMC. I can remember seeing this ad as a child, but it didn’t make much of an impact on me then. Of course, unless it was proclaiming the wonder of sports, bikes, or candy, it wasn’t likely that an advertisement would have impressed me as a 7 year old boy.

Fast forward several years, and the next time I see this ad, I am in high school. I am in the middle of a rebellious stage when I stumble across the advertisement in a business class.

Inspired, I thought to myself, “I want to be a crazy one. I want to be like those people.” I devised a plan then and there that I would go away to college, get my MBA, climb the corporate ladder, become rich and famous, and then change the world. As a high schooler, this is how I understood success and impact to be defined.

Well, a couple of years later, I did a crazy thing and graduated from high school a year early and went on to college. By this time, the memory of the ad had once again faded away, but my plan and my desire to become rich and famous were still there, driving me forward. My lifestyle and mindset were worldly and rebellious, but I was starting my path to an MBA.

In my first year of college, my life was all over the place. I was torn between returning to a committed relationship with Christ and running around to party whenever I could. It wasn’t too long before I had way too much to drink at a party. My friends were worried I was going to die, and I spent hours hugging the toilet, sicker than I’d ever been in my life. I lied to my parents (who knew better, but graciously let me make my mistakes. I’m better for them now.) Staring into the toilet, I finally thought to myself, “What am I doing with my life? Is this what it is really all about: lying, breaking the law, and throwing up? It can’t be.”

Everything changed after that day and I set myself out on a different path. I returned to a call that God had placed on my heart when I was back in high school to become a pastor. As I prepared to attend a new school with a new major, I began researching laptops. After a terrible experience with a Dell laptop, I was ready for a change. It was in this search that the Apple ad popped back up into my life. Once again, it ignited a passion in me to change the worldâ€“ and persuaded me to finally by a Mac!

From there, I went on to school, changed my major 3 times in one semester, went on a couple of mission trips, dropped out of school, started an organization, returned to school, graduated, and traveled the world. It wasn’t until I returned from the World Race that again the ad reappeared in my life. Robin Williams launched a new sitcom called The Crazy Ones and one of the characters mentions an ad that changed her life forever. As I sat there enjoying the pilot episode, it dawned on me that the advertisement that had inspired me had inspired this new sitcom as well!

The ad continues to resurfaceâ€“ most recently, I saw it in the movie Jobs, a journey through life and work of Steve Jobsâ€¦ Now, love him or hate him, Steve Jobs changed the world, and our lives are never the same because of him. I am actually writing to you on one of his products right now! And one more astounding fact is that when the â€œCrazy Onesâ€ ad was released, Jobs had nothing to sell and Apple was on the verge of collapse, and because of this campaign people got excited over Apple products again and, well, the rest is history!

Now, for me, I am still at the beginning of my story. I am still working to establish myself and change the world from the tiny place of influence I currently hold. It has been a long time since I first saw this ad and I have come a pretty long way since I started out, and my perspective on what changing the world looks like has changed dramatically.

I no longer have the desire to become a businessman. I have no money, and most people have never heard of me, but that is OK because I no longer wish to change the world for myself. I wish to change the world for others and for the King of Kings and Lord of Lords. If I never make another dime and my name never makes headlines, that is ok. I will keep doing what I have been called to do, one day at a time.

Of course now, hardly a day goes by without someone calling me crazy, so maybe I am doing something right after all?!?