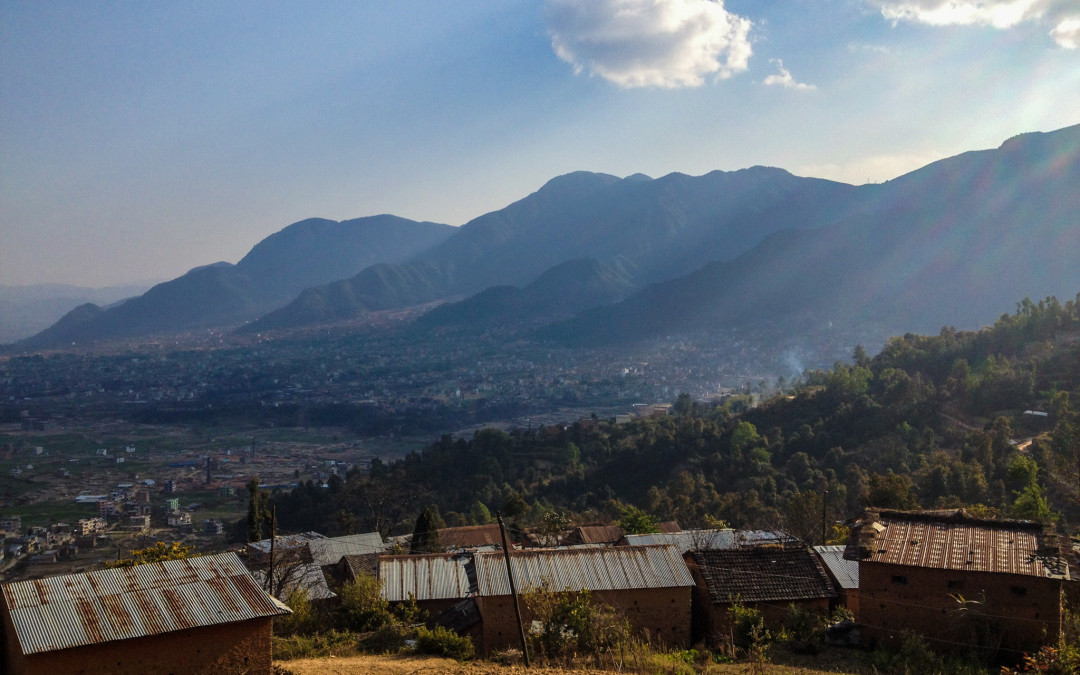 On Saturday, the 26th of January 2013, I went to a man named Joel’s house for a soaking service.

The environment of the city of Kathmandu is one of the heaviest imaginable. The environment is dark and it becomes extremely hard to distinguish between the dark and the darker. There aren’t simply a handful of temples–there are hundreds of thousands of temples and mandirs. This is the place where the spiritual atmosphere is so dense that, as I walked by the temples, I could literally feel it. This is the place where cows are treated with more respect than most people. This is the place where people are praying to millions of different gods. The norm is to be surrounded by people who actively practice Universalism, Buddhism, and Hinduism. Christianity is an after thought. And, yet, in one of the darkest corners of the world, this is where I had one of the most profound and meaningful experiences with our Lord!

Honestly, it was one of the greatest worship experiences of my life. My friends and I spent the day running around Kathmandu, Nepal and closed our day soaking at Joel’s house. When we arrived at Joel’s, I did not know what to expect. I had heard some stories about soaking and expected a dozen or so people in a room listening to Hillsong for a couple of hours. It wouldn’t be lengthy, but it would be meaningful. While some of my assumptions were correct, some of them were way off. Instead of a dozen people, there were 60 people from every part of the world crammed like sardines into a tiny room. Hillsong was played, but only for a few minutes. I had no clue what I was in for.

The night started out with people chatting until Joel reigned us all in. We started by sharing testimonies of how we had seen God moving and I shared about how God had been leading me over the course of the past month.

We prayed. The lights went off and the music started. I remember praying and asking God to move in me in a new way, to show me His power and to pour out His love on me. So, things got interesting. I stood up and began worshiping. I invited the Spirit to come and gave Him the space to move in and around me. I felt like He was asking me to pray for Caleb, so I did. The Spirit was moving.

For the past few months, I had been practicing praying in tongues. It is a gift the Lord gave me when we were at debrief in Moldova and it is something I have been walking in for the past few months. As I begin to pray for Caleb in tongues, I could feel him being filled with the Spirit. As the Spirit filled him to capacity, Caleb became so filled and overwhelmed I had to catch him as he fell to the ground. The Spirit then moved me onto Ryan. As I prayed for Ryan, he became so filled that he became combative and took a swing at me. We talked about it later and he said that he felt something building up inside of him so much that the only thing he could think to do was to take a swing. From Ryan, the Spirit moved me onto another guy in the room. As I prayed for him, he also fell to the ground, overcome by the presence of the Holy Spirit. Jesus then decided to use me to pray for healing over my teammate, Payton. That night, she was miraculously healed. For the rest of the night, I ended up praying for a few other people–some were friends, some were strangers. I just trusted in His leading.

As the night came to an end, I felt God was calling me to sit on one of the prayer stools. Joel put out two stools in the middle of the room at the beginning of the night where people could sit and be prayed over. As I sat on the stool, Joel and his wife quickly laid hands on me. Joel prophesied. He blessed my feet. He shared with me things about my past, present and future. He genuinely shared the Lord’s love with me and spoke words over my life that I desperately needed to hear. Once he finished, the Lord sent one more person to come over and pray for me. He sent Caleb to pray. Caleb prayed for a few of my prayer requests and then prayed for healing over my back and knees. I have not seen a manifestation of this healing yet, however, I trust in the Lord to fulfill these things. When he was done praying I felt like I had to pray for someone in the room. It was a vision the Lord had given me earlier in the night, but I was only ready to submit to Him at this point. So, Caleb turned down the music and announced that I had a vision of an ear and how I felt like I had to pray for someone who was having a problem with their ears. No one came forward for a while and I was getting a little nervous that I missed my opportunity. However, once again, the Lord was faithful and my friend and contact Subas came forward for prayer. He said he was having problems with his eardrum and I said I would pray. He said after I was done praying he felt like I was healed and we thanked God and continued to worship. The night was quickly winding down and there were a only few of us left. We simply didn’t want to leave

This soaking service that Joel and his wife have so graciously put on for their community is called “The Soaking.” It’s a time of worship and praise and “soaking” in the presence of our Lord and King. But, from my experience it was more like “The Drowning.” Soaking is more like a bath–the point is to get in, get clean and get out. It usually isn’t something memorable. But, drowning is different. Drowning is sinking deep into something much more than a bathtub full of water. It’s an ocean without an edge to cling to. It is such a dramatic experience that remembering it forever is typical and expected. Unlike physical drowning, when I have asked Jesus to drown me in His presence, I long to be back in that place from the second I step out of it.

Now I can’t say that I did anything that night. I didn’t fill anyone with the Holy Spirit. I didn’t heal. I didn’t create words and prophecies for people. However, I came to a point of complete surrender where I no longer relied on saying the right prayer or doing the right actions. I allowed the Spirit move in and through me. A wise man once told me that “I would burn myself out if I tried and create my own electricity. But, if I allowed God to create the electricity, all I have to do is be willing to be the wire through which that electricity flows.”

Now this may seam a little out there for some of my more conservative readers. Prophecy, healing, holy rage, praying in tongues and people being overcome by the Spirit may be hard to receive as truth. However, these are the real things that the Lord still moves in and through today. But, only if we allow Him to. The choice is ours.