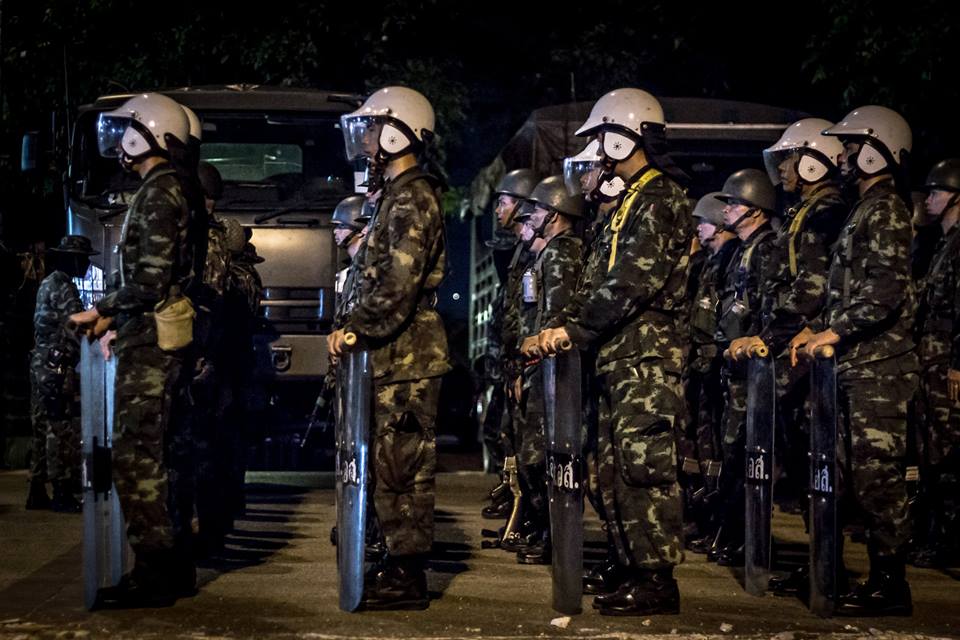 Missions During a Coup: Matt Returns to Thailand

After taking my 3rd trip around the world in the last 5 years as I have bounced back and forth between Thailand and The States, I am finally back in Thailand! The tension within the country for the past 6 months has finally come to a boil, which is making my 19 year old sister’s first trip here quite an experience.

Before I get into that, let me back up and fill you in on life since my last update. Last time I updated you, I was wrapping up February in Thailand. We transitioned a few teams out and hosted one Passport group.

At the end of March, I went back to The States for a month and a half. It was a good trip back– I got to spend some time and a couple of holidays with family and friends before coming back to Thailand indefinitely. One highlight was a hugely successful fundraiser for CODE! We were able to get the word out about the ministry in the local community and also raised some money for our missions efforts. While my trip home wasn’t especially restful, it was both productive and a really great time.

I am happy to have my sister Amanda accompanying me on this trip back to Thailand. This visit marks her first time to the East, her first plane ride, and her first experience in a foreign culture! She has come out to help us in the cafe and hostel with some graphic design projects that will help us promote our businesses and ministry here.

As I hinted at in the beginning of this post, things have been getting very interesting in Thailand in the couple of weeks since I have returned. There have been a lot of protests, rallies and riots in Thailand, primarily in Bangkok (a safe distance from me), which have led to about 30 deaths in the past 6 months, as well as shut downs in the nation’s government.

These protest rallies have been between two main groups, the Red Shirts who are for the current Thai government, and the Yellow Shirts that are against the Thai government. With the talks of more rallies and more violence, the military finally stepped in on Tuesday, May 20th by implementing Martial Law to keep the peace and to combat any more violence that may come from these rallies.

After Martial Law was imposed, the General in charge of the military (and, for now, the country) called in the leaders of the Red and Yellow Shirt groups to come to a peaceful conclusion so the country could return to business as usual. On the 22nd, the military imposed a curfew between 10pm and 5am in further attempts to keep the peace in the country.

I’m sure you have a few questions. Hopefully this will help answer some of them:

Is there a coup currently happening in Thailand?

While rallies have brought violence, the coup is a non violent coup and its goal is to keep both Thais and foreigners safe, restore peace in Thailand, and return the government to working order. The goal is to create a non-violent agreement between the two opposing political parties.

Yes, I am safe for the moment as the protests have not really come to Chiang Mai, and from the looks of it right now, the military is looking to resolve these issues as quickly and peacefully as possible. Please continue praying for the country of Thailand and further success in the Red Light District for us here in Chiang Mai.

I am fairly far from the capital of Bangkok and life is going on pretty much the same as normal, minus the curfew which just gives me a reason to go to bed early (not that I needed one before!). We are continuing to send people out to do ministry and to impact the Thai people with the Love of Christ. I will do my best to keep you all up to date as the story continues to unfold and share with you ways in which you can continue to pray for the people of Thailand and myself! Thank you for your continued prayers and support!