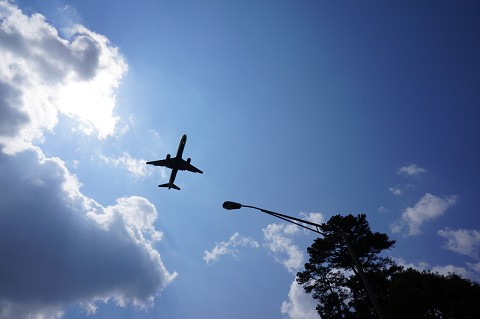 So I havenâ€™t told to many people this story because I did not want to seem boastful, however it was an important moment that happened to me after I left camp and something I am feeling called to share.

Let me paint the picture for you, I was at lunch with Emily Allison, Cassie Baxter, Megan Tschanz, and Chuck Morris. We had just finished eating and I still had about half of my burger left over. I knew I was not going to take it with me on the plane, so I said a quick prayer out loud for God to â€œbless someone besides myself with this food.â€ Upon hearing this my dear friend Chuck told me I should bring it with me on the plane, and that it would be fine. As he was saying this I began to pray even louder, â€œDear God, please use this food to bless someone besides myself!â€

So my hope was I would find a homeless person on my way out of the restaurant. We ended up sitting there a few more minutes chatting and reminiscing about camp and getting excited for the journey that was ahead of us. After this we exited the restaurant and I thought to myself, â€œthere were a bunch of homeless guys sitting out here when we went in, there has to be at least one out there when we leave.â€ No luck! I will be honest, I was a little disappointed that God did not answer my prayer. I was hoping that I would get the chance to bless someone with the food I could not complete and did not want to take on the plane with me.

We then decided to go into the store next to the restaurant. I thought â€œMaybe there will be someone out there when we come out and I can bless them with my leftovers.â€ Again no luck, and again I was super disappointed that God did not come through for me.

After driving to the airport it was time for our final goodbyes, I said goodbye to my fellow squad-mates, my teammate Emily Allison and then to Chuck who had become like a brother to me in a matter of seconds. I went into the airport, checked my bag, (Thank you US Air baggage check lady for helping me pack my bag!) and was on my way to security check when all of a sudden I had to go to the bathroom!

So I entered the bathroom, did my business and as I was washing my hands a man approached me. He said he was flying home to Illinois in a few hours and didnâ€™t have any money to buy some food while he waited. Now normally I would have just blown the man off, went on my merry way and wouldnâ€™t have thought twice about it. But this time it was different, I felt true compassion for this man and wanted to help him out. So I said to him, â€œI donâ€™t have any cash on me, but if you come with me Iâ€™ll use my card and you can get something.â€ He accepted and we went out to the nearest store and he picked up some Pringles and a Powerade. I said to him, â€œIs that all you want?â€ He said it was fine but I persisted that he get something else. He then went over looked at the sandwiches, but didnâ€™t see anything he liked. Then he stumbled upon the Hot Dog stand and decided that was what he wanted.

We then checked out and he thanked me. I asked him what he was doing in Atlanta and he said he had been visiting his sister and that he was looking forward to getting home. We continued to talk for a few more moments and then parted ways. It wasnâ€™t till I got through security, on the plane, landed, sat in Philladelphia Airport for three hours longer than necessary, got on the next plane, landed, and then went home that I realized what had happened! I met Jesus in an Atlanta Airport bathroom and I got to buy Him lunch!

Now I know that I probably didnâ€™t meet Jesus himself, however If you read Matthew 25:40 (â€œTruly I tell you, whatever you did for one of the least of these brothers and sisters of mine, you did for me.â€) and take it literally, then I actually did meet Jesus!

Matthew 10:6-8
Go rather to the lost sheep of [the world]. As you go, proclaim this message: “The kingdom of heaven has come near.” Heal the sick, raise the dead, cleanse those who have leprosy, drive out demons. Freely you have received; freely give.

This is my goal for the next year, I want to give more and give of my best to benefit all I come in contact with! My hope is that this passion I feel now will stick with me the rest of my life!